The project is part of the Kulturserver-Partnernetzwerks . Please enter your personal data here because they are the basis of our contact with you, if you have any problems or questions. read more

Here you find information and help to the editorial areas to enter your event data, films or basic information of your institution.


Your institution in the CultureBase Network//

First, please make an entry of you institution in cb-address . Besides opening hours and contact data you are able to provide information about the specific orientation of your institution. A picture might be helpful. You can specify your offerings under profile -> category.


Events in the agenda //

You can choose between a simple entry form (click on "enter event" in the user panel) or an enhanced version (expert mode/cb-event) to add event information to our database.
In both cases you can choose in the keyword field, if the event should appear in your agenda.

You find further information and help in our illustrated manual. If you encounter problems or have question, you may contact our editorial staff at redaktion@kulturserver.de read more

Presented as a series of virtual events, the European Film Awards (EFAs) took place every evening from 8 to 12 December with a livestream of “The EFAs at Eight”, celebrating the nominees and winners of the various categories of the 2020 European Film Awards.

The entire programme was streamed live at www.europeanfilmawards.eu and through an international network of streaming and broadcasting partners, with the nominees & winners joining via live video conference.

The EFAs at Eight

The EFAs at Eight: From Survival to Revival: Building the Post-Covid Future 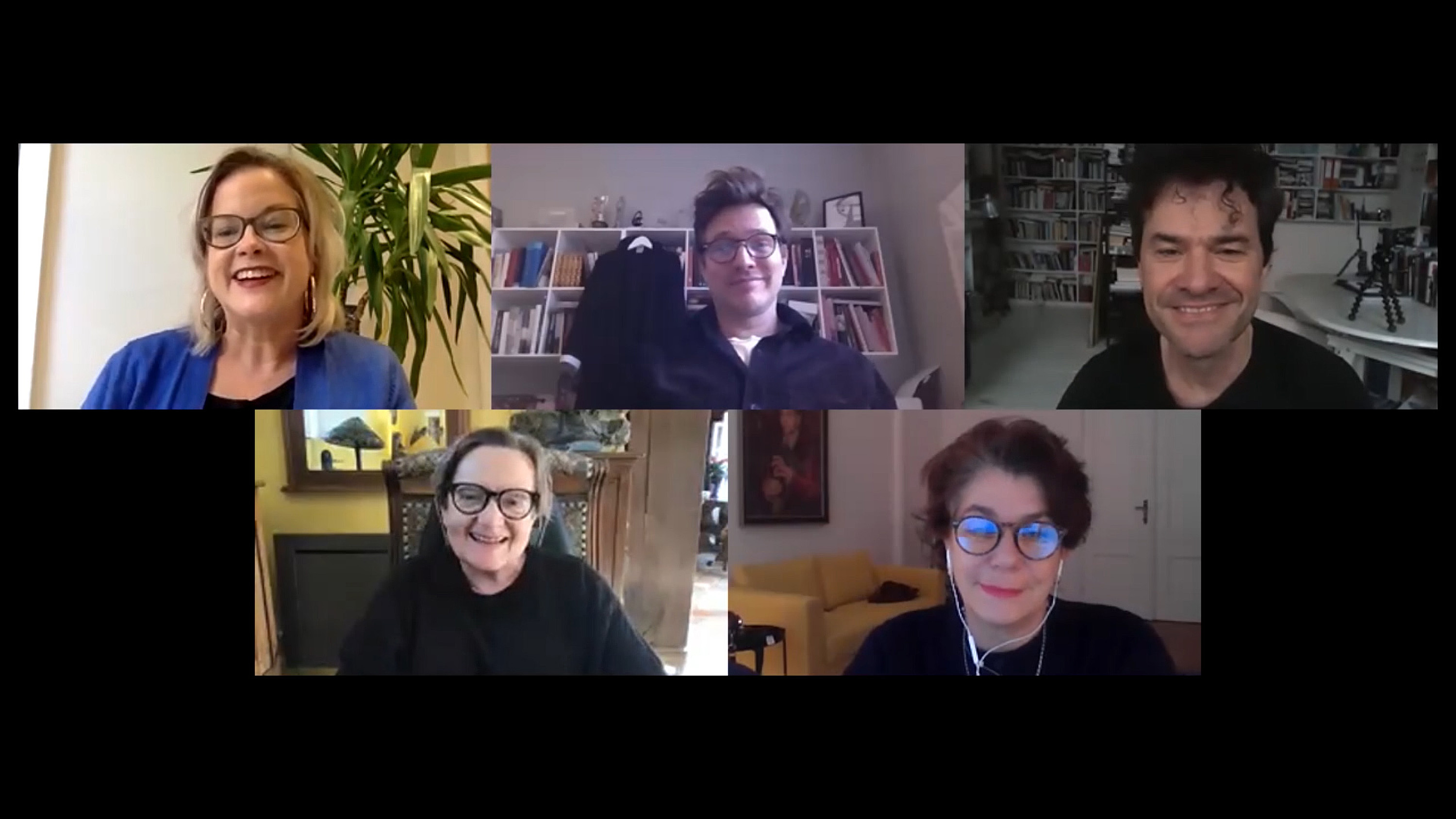 moderated by UK-based Wendy Mitchell, editor of EFA Close-Up, contributing editor at Screen International and a consultant for the San Sebastian, Rotterdam and Zurich film festivals.

The EFAs at Eight: The EFA Excellence Awards

The EFAs at Eight: Comedy & Animation

The EFAs 2020 Grand Finale from the Futurium in Berlin: With the special participation of Icelandic actress Halldóra Geirharðsdóttir.

For many years now, the annual award ceremony has been produced by the managing director of EFA Productions, Jürgen Biesinger (executive producer), and EFA Director Marion Döring (producer).

Apart from decade-long, relentless creative activity with one of Iceland's most acclaimed acts Múm, Gunnar Örn Tynes has worked as musician and producer on high profile movie and TV productions such as Joker, Chernobyl, Mary Magdalene, The Hate U Give and the Icelandic TV series Trapped.

Viktor Orri Árnason is one of Iceland's most profiled instrumentalists and composers, having conducted and created arrangements for Jóhann Jóhannsson, Hildur Guðnadóttir, Dustin O’Halloran and Nils Frahm amongst many others. He is also the violin and viola voice behind renowned string library manufacturer Spitfire’s Evolutions editions.

In 2020, both teamed up with composer Kriton Klingler-Ioannides to commit their talent to creating the music for the online EFA 2020 Award Ceremony.

The official #efa2020 design was created by German art directors Bode Brodmüller and Christin Franke. The two overlapping spheres stand for two connecting elements, past and future; but also communication in these abstract times of Covid-19 and all those contacts that we miss.